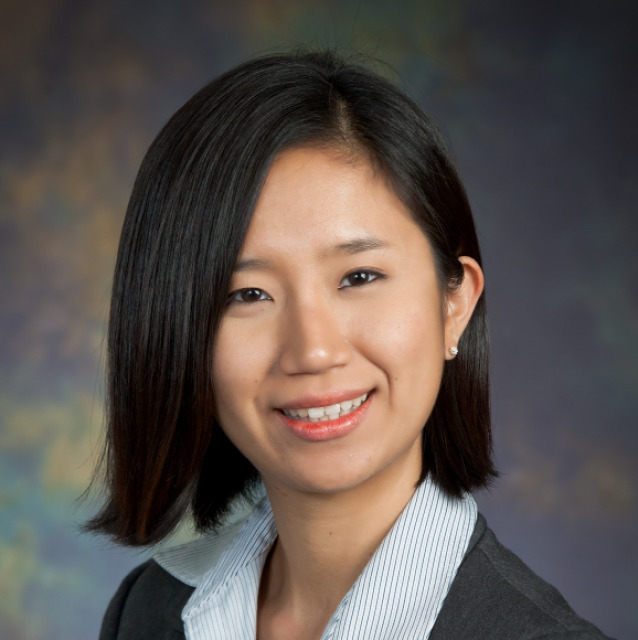 Dr. Hyun Jin Kim is a Postdoctoral Scholar at the Stanford Nanoheat Laboratory, led by Prof. Kenneth Goodson. She earned her Ph.D. in Theoretical and Applied Mechanics in 2019 from the University of Illinois at Urbana-Champaign (UIUC) under Prof. Anthony Jacobi’s supervision. Her research focuses on end-use energy systems and thermal management applications, based on micro- and nanoscale heat transfer and fluid mechanics fundamentals. She was the recipient of the 2017 – 2018 Mavis Future Faculty Fellowship and the 2014 – 2016 Clean Energy Education Fellowship at UIUC.

She was a co-founder of the GradSWE (Graduate Society of Women Engineers) and the weSTEM (Women Empowered in Science, Technology, Engineering, and Mathematics) Conference at UIUC.

Liquid-vapor two-phase flow regimes as well as heat transfer and pressure drop during refrigerant evaporation, at low mass flux conditions, are studied over varying saturation pressure, heat flux, and vapor quality for a plate heat exchanger (PHE) with a 3.4 mm hydraulic diameter. Many aspects of the two-phase flow were not well understood for a PHE with millimeter-scale passages having corrugations formed by chevron-patterned plates.

The heat transfer coefficient in the PHE increases with heat flux, but this behavior is not due to nucleate boiling as is often argued for macroscale channels. Convective heat transfer through unsteady film flow on the corrugated wall is an important mechanism. Heat transfer also improves with higher saturation pressure and the associated lower latent heat during convective boiling; heat transfer is improved by the decreased liquid film thickness surrounding confined bubbles inside the narrow PHE channels, a characteristic of microscale boiling. In this flow regime, heat transfer does not have to fully rely on mixing and convection induced by the PHE channel corrugations.

Previous PHE thermal performance correlations have typically been based on semi-empirical approaches assuming turbulent flows in conventional macroscale passages. However, the prevailing flow regimes at low-mass-flux operation, with bubble confinement effects, are at low Reynolds numbers and might not be always turbulent. Instead of being solely in one regime or the other, microscale and macroscale flows can coexist in PHEs, due to the non-uniform, complex flows in the heat exchangers.