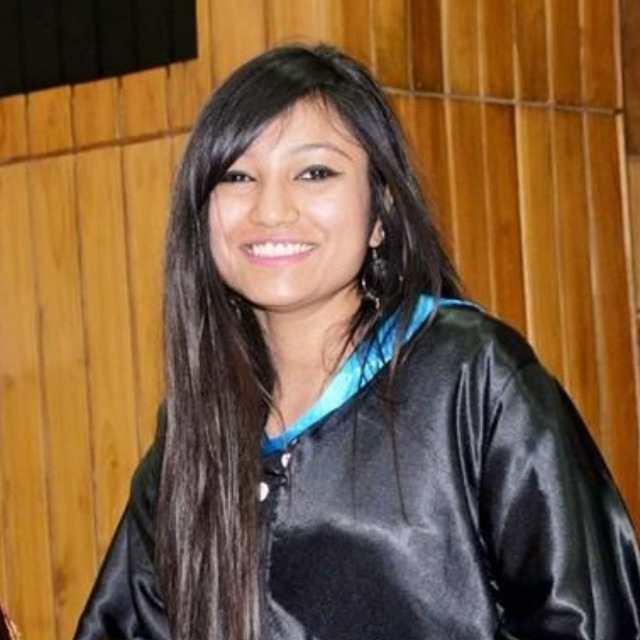 Antara completed her second Master’s degree in remote sensing and geo-information science from ITC, Netherlands in 2015. Her previous post-graduation from Doon University in Dehradun focused on natural resource management and led her to her passion, the fascinating world of Earth observation. Her research on “Climate Change Adaptation Strategies in the Garhwal Himalayas” for the MYCOE-SERVIR Himalaya Fellowship, which revealed the low climatic resilience of Indian communities and led her to focus on hydrological remote sensing and data assimilation. Her work towards improving operational flood forecasts, also led her to receive the Prime Minister’s Fellowship in 2016, awarded annually to the top 100 researchers in India. Throughout her PhD, her work challenged the boundaries of the state-of-the-art and tackled challenging scientific questions at the very forefront of flood science. She aims to strengthen inter-agency dialogue around flood resilience globally and encourage women to actively pursue their dreams and scientific careers.

Synthetic Aperture Radar (SAR) data are currently the most reliable resource for flood monitoring, although still subject to various uncertainties, which can only be objectively represented using probabilistic flood maps. The increase in SAR sensors has increased the likelihood of obtaining at least a single flood observation from space. However, sensor-independent generalized methods for flood classification need to be developed, to fully utilize their potential for disaster management. Consequently, a neuro-fuzzy flood mapping technique is proposed for texture-enhanced single SAR images. Accordingly, any SAR image is first processed to generate second-order statistical textures, which are subsequently optimized using a dimensionality reduction technique. The flood and nonflood classes are then modelled within a fuzzy inference system using Gaussian curves. Parameterization is achieved by training a neural network on the image through user-defined polygons. The results of the optimized texture-based neuro-fuzzy classification were compared against the performance of the SAR image alone and that of SAR enhanced with randomly selected texture features. This approach was tested for COSMO-SkyMed data at two validation sites, where aerial photographs were available. Overall accuracy assessment using reliability diagrams demonstrated a reduction of 54.2% in the Weighted Root Mean Squared Error (WRMSE) values compared to the stand-alone use of SAR, with WRMSE values varying from 0.027 to 0.196. A fuzzy validation exercise was also proposed to account for the uncertainty in manual flood identification from aerial photography, resulting in fuzzy spatial similarity values ranging from 0.67 to 0.92, indicating potential to improve operational SAR-based flood mapping.