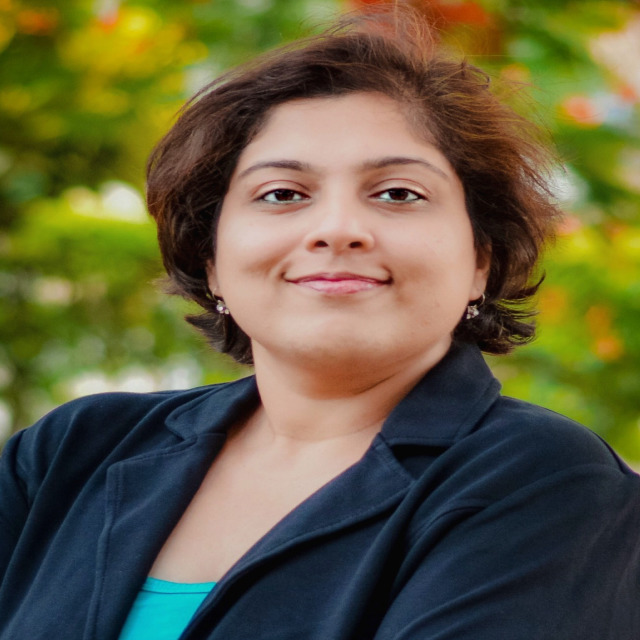 Dr. Swathi Krishna obtained my MSc. in aerospace engineering from Delft University of Technology (TU Delft), Netherlands and Ph.D. in ﬂuid mechanics from École Polytechnique Fédérale de Lausanne (EPFL), Switzerland. Her research interests are primarily in the ﬁeld of experimental ﬂuid dynamics. Particularly, she is interested in understanding ﬂow phenomena by characterizing relevant ﬂow features, their organization, and evolution in biologically-inspired ﬂuid problems such as insect ﬂight applicable to micro air vehicles. Following her PhD, she carried out an industrial postdoc, leading a team of six people, in the ﬁeld of machine learning and augmented reality. She would like to combine my experiences in these ﬁelds to provide robust solutions to ﬂow problems, for instance, investigating the response behavior of aerodynamic surfaces to environmental stimuli and using this data to train the system in order to enhance desired performance metrics.

The unsteady ﬂuid dynamics around a hovering ﬂat-plate wing with special attention to the eﬀect of pitch on ﬂow and forces has been investigated experimentally using particle image velocimetry and direct force measurements. The measurements are conducted on a wing that pitches symmetrically about the stroke reversal at a reduced frequency of k=0.32 and Reynolds number of Re=220. The Lagrangian ﬁnite time Lyapunov exponent method is used to analyze the unsteady ﬂowﬁelds by identifying dynamically relevant ﬂow features such as the primary leading-edge vortex, secondary vortices, and topological saddles as well as their evolution within a ﬂapping cycle. The ﬂow evolution is divided into four stages that are characterized by the leading-edge vortex: 1) emergence, 2) growth, 3) liftoﬀ, and 4) breakdown and decay. The saddle-point trajectory helps in identifying the leading-edge vortex liftoﬀ, which occurs at the maximum stroke velocity. The ﬂowﬁelds are correlated with the aerodynamic forces, revealing that the maximum lift and drag are observed just before leading-edge vortex liftoﬀ. The eﬀect of a change in the pitch duration for a symmetric pitch is then discussed. The ﬂow stages remain the same for the compared cases whereas the duration of ﬂow stages varies. Furthermore, a phase lead and lag with respect to the stroke timing is introduced. Detailed ﬂow development and force evolution is discussed to highlight the eﬀect of varying the phase-shift on the aerodynamic characteristics of the hovering wing. Changing the pitching phase results in distinct ﬂow changes that correlate with a higher lift production when the pitch precedes the stroke reversal and lower lift production when the pitch succeeds the stroke reversal.